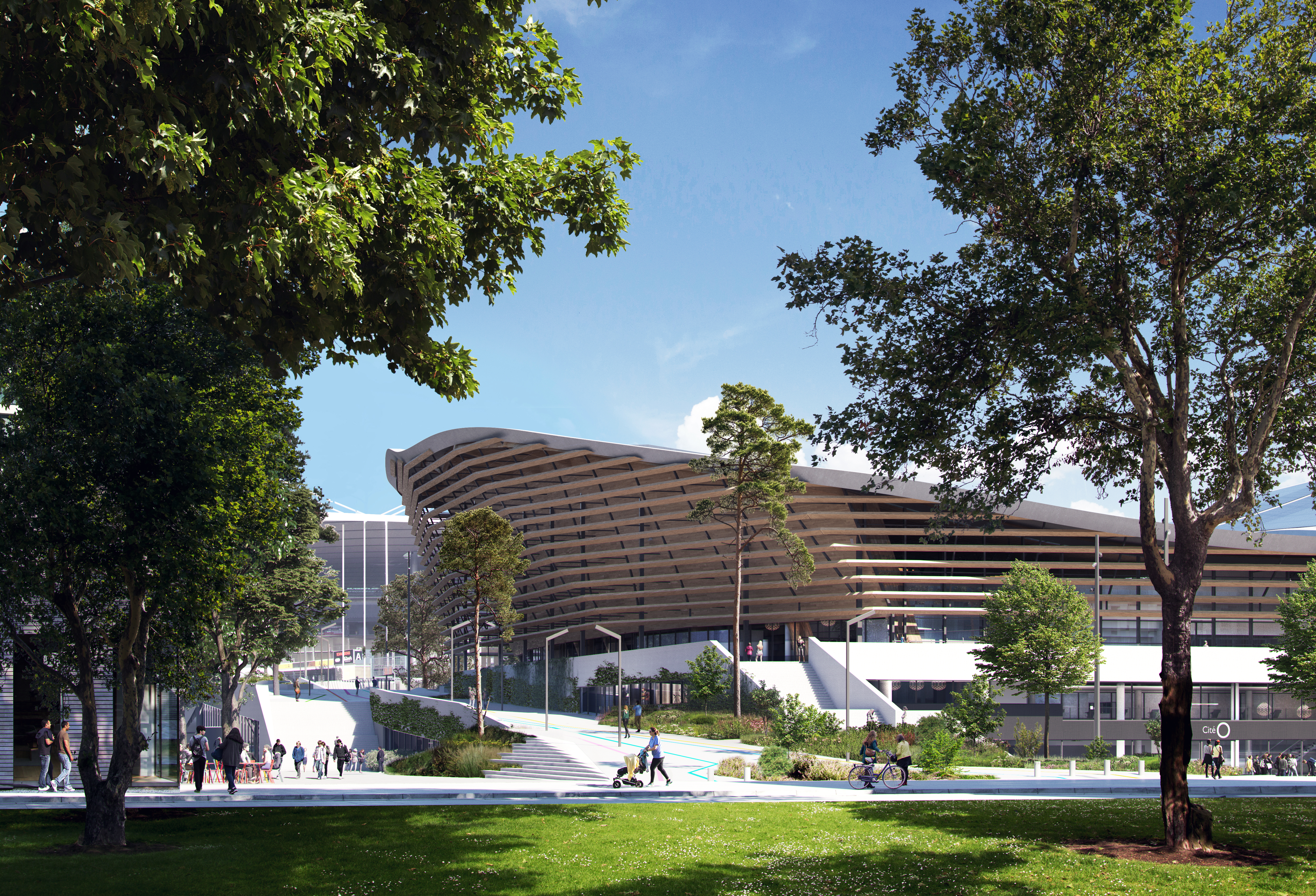 The Olympic Aquatics Centre, one of the centrepieces of the Paris 2024 Olympics and Paralympics, has just reached an additional milestone. On 15 May 2020, its construction was officially awarded to the consortium led by Bouygues Bâtiment Ile-de-France with Récréa, VenhoevenCS and Ateliers 2/3/4. The project, under the management of the Métropole du Grand Paris (MGP) and supervised by SOLIDEO, is located in the heart of the Plaine Saulnier Urban Development Zone in Saint-Denis. During the summer of 2024, it will host the water polo, diving and synchronised swimming events as well the boccia competitions. These long-term facilities will remain after the Games and benefit the inhabitants of Seine-Saint-Denis.

The Olympic Aquatics Centre is based around a unique concept, since it will have two pools with variable dimensions, thanks to two moveable walls. Compliant with both the fixed requirements for the Games and also with the Heritage phase needs, this solution enables the pool hall space to be optimised, and also provides the ability to diversify usage and meet multiple needs (swimming lessons, physical activities, training, competitions).

The Olympic Aquatics Centre, like all the other Olympic venues and infrastructures, has high environmental ambitions. SOLIDEO particularly wanted the Centre to be aligned with the objectives of the Paris Agreement. To achieve this, the building will be constructed essentially in biosourced materials such as wood. Particular attention will be given to water consumption and the installation of photovoltaic panels on the roof, allowing a considerable reduction in the facility’s energy bill.

The Heritage phase is also at the heart of its design, since after the Games it will become a major leisure centre for the department. The general public, schools, sports clubs and charitable organisations will be able to share the pools. Both leisure and sports areas will also be created around the pool to ensure that the space is used to its maximum on a daily basis.

This facility will be complemented by an 18-m wide pedestrian and bicycle crossing above the A1 motorway. Designed using the principals of universal access, it will link Plaine Saulnier to the Stade de France and its esplanade.

Finally, this operation will generate more than 150,000 hours of professional training, including the Saulnier Urban Development Zone rights of way, which exceeds the requirements fixed by SOLIDEO since the project manager wanted to include this requirement in all its current and future specifications.