Modernisation of the Stade Départemental Yves-du-Manoir 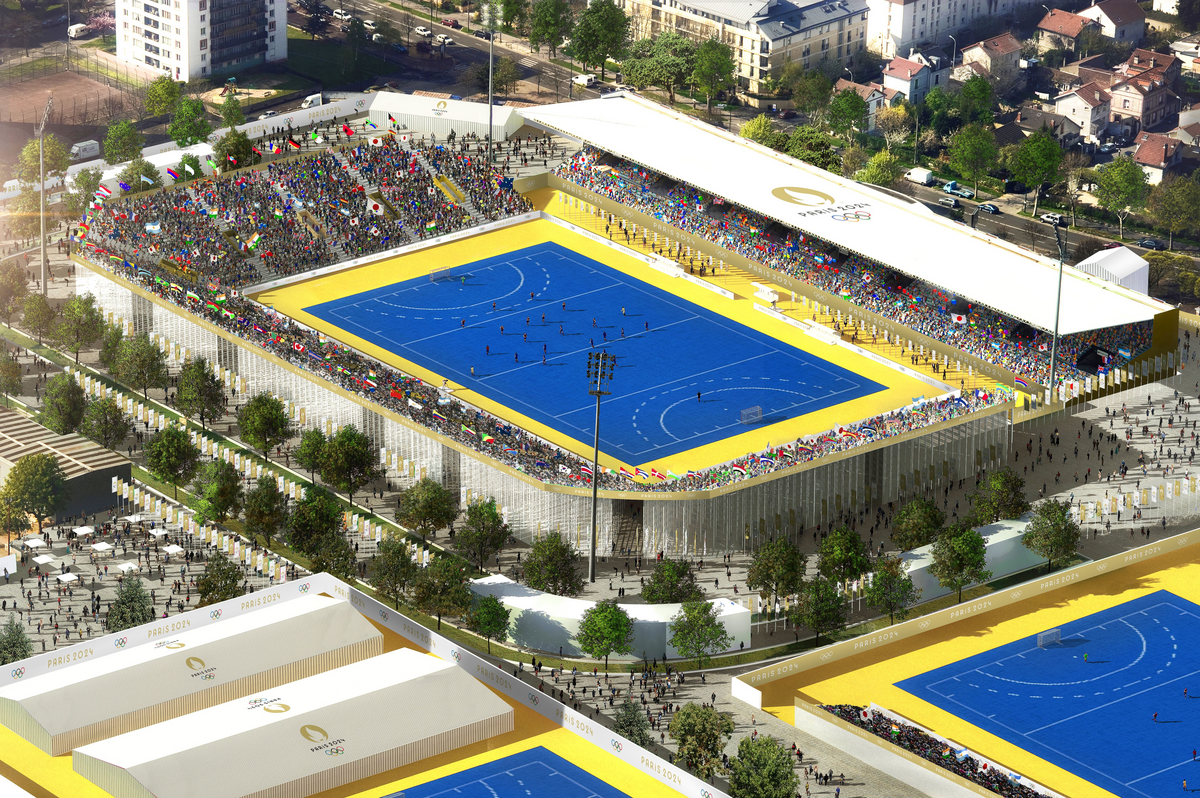 100 years after the last Games hosted in Paris, the departmental Yves-du-Manoir Stadium will be modernised to host the field hockey events. After the Games, the developments carried out by the Hauts-de-Seine department will leave a heritage of a high-quality national facility for local inhabitants.

Initially, the infrastructures necessary to host the field hockey events will be completed, which will be kept after the Games. The site will be home to the Centre National d’Entraînement de la Fédération artificial hockey pitches, a permanent stand with 1,000 places and premises to host the Federation, the Ile-de-France hockey league and the Departmental Hockey Committee, but also, in the longer term, a resident club. In parallel, four football pitches and three rugby pitches, both lit and artificial, as well as a new athletics track will be created on the existing playing field.

In addition, the old stand in the Stadium will be updated to meet modern standards while the “metal” stand on the main pitch, the stands on the north and south corners and the Loury sports hall, located on the east of the Olympic field, will be demolished. The Olympic field next to the old stands will be renovated, as will its lighting.

The renovation of the Stade Départemental Yves-du-Manoir is accompanied by a major operation led by the Town of Colombes with l’Arc Sportif, a new neighbourhood of 16.2 hectares. What is the goal of this operation? To revitalise the city’s urban and economic fabric by building a new neighbourhood dedicated to sports!

To find out more about the modernisation of the Stade Départemental Yves-du-Manoir, visit the web page of the Hauts-de-Seine Department dedicated to the project.